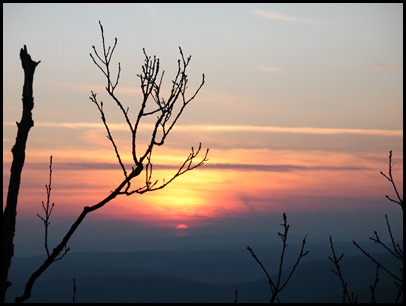 This post is related to the one immediately before it.  Try to be patient with me, as I go off on a couple of tangents in this post…

After watching this "Little Grandmother" video, I was inspired to make this post.  Honestly, I only got through about 11 minutes of the vid.  It seemed too gloomy, and not worth the “mining experience” as Abraham might say.

In the past, I dabbled in some doomsday, end times, and conspiracy stuff, and in my experience doing that can really become all-consuming and make you feel incredibly lousy…It’s a rabbit hole into which I no longer want to descend.  So when I come across something like the video mentioned above, I choose to direct my attention elsewhere.  Although it may have some positive statements as well, I prefer to focus on material that is more purely positive for me.

I would rather focus on solutions instead of any of the ‘problems’ the world wants to throw in my face.  As Wallace Waddles stated in The Science of Getting Rich, "you can render to God and humanity no greater service than to make the most of yourself".

"In the absence of that which is not, that which is, is not"
In my mind, if more people were to make the most of themselves, and thus live from a totally connected state- that would go a long way toward eliminating most (not all) of the problems that the world faces.  At the same time, I realize that problems, whether global or personal, are all part of the balance of things; so to at least some degree problems and other things that we perceive as ‘bad’ really aren’t…but I’ll save that for another post.

Also, we can’t force anyone into a connected state, anyone who is already in a connected state themselves wouldn’t even try.  It’s not my purpose, job or responsibility to fix the world, or try to change anyone except myself.

Back to the video, what I watched of it anyway.  Here are a couple of quotes from "Little Grandmother" in the video:

"the pole shift is happening, it is not going to happen, it is already begun" "and the poles will not stop shifting until it is completely shifted"

"A universal truth that we must understand is that mother earth is sacred to all beings, and we the human beings living upon her will not be allowed to kill her.  And yet we have come very very close.  We have done things that we do not have answers for.  We have done things to planet earth that none of our science has a way to fix"

"all life is dead in the Gulf of Mexico"

Wow, what a downer.  This lady appears to me to be a doom-n-gloom environmentalist in spiritual clothing.

In a recent conversation, someone mentioned that an airport in Florida had to be closed temporarily because of a shift in the poles; the video also mentioned a pole shift.  I hadn’t heard about it, but that’s not saying much…I rarely watch television, and almost never read the newspaper or see the news.

I was curious about this shifting of the poles issue, it sounded to me like another doomsday/conspiracy theory.  So, I decided to check it out.  I Found some interesting tidbits.

No wonder why our damn clocks won’t keep time!  Even time is variable!

Pole Shift
The airport closing was actually one runway, at Tampa International.  In this story from CNN’s site it was referred to as a routine event:

Also in the story, an FAA spokesperson said:

""The Earth’s magnetic fields are constantly changing, it’s a very dynamic system so we make these changes effective every 56 days."

This interesting article published in 2003 by NASA says:

"Scientists have long known that the magnetic pole moves"

"Earth’s magnetic field is changing in other ways, too: Compass needles in Africa, for instance, are drifting about 1 degree per decade"

The NASA article also mentions that the pole shifting phenomenon has been happening basically since the beginning.

The Earth’s Rotational Speed & The Length of our day
These two are actually tied together directly.  Think about it, a day is the time it takes the Earth to make a complete rotation on it’s axis…so if the Earth slows, each day becomes longer.

The rotation of the Earth is slowing…you can read about it here, and here.

This article on Wikipedia states: "The Earth’s day has increased in length over time. This phenomenon is due to tides raised by the Moon which slow Earth’s rotation"

This physics article; The Length of the Day: A Cosmological Perspective says:

"The day increases at a present rate of 0.002 sec/century"

The End of the world, will it ever come?

A couple of links that tell about failed doomsday predictions:

A Brief History of the Apocalypse: 300+ failed predictions.

And then there’s granddaddy of them all, the one the Christians try to hold over everyone’s head, and this on is especially crafty because they give it no date; the Apocalypse.  Not giving it a date has it’s own advantages; it can’t be proven wrong, and it keeps those who believe under a constant tension or fear…great for keeping you under control…but still just more baloney.

Abraham’s perspective on these "false endings"

“humans just keep picking these false endings to poke at themselves for motivation’s sake.”

You can view a transcript of the Abraham video above here.

Faith
It all comes down to our core beliefs about the essence of our existence.  If you believe in both God and the devil, then you’ve got plenty to fear, courtesy of your own paradigm.  But if you believe only in God, that God is pure Love then there’s nothing to fear, in this present life or whatever occurs after.  You know that all is, in the end, working in your favor, regardless of appearances.

Posted in Philosophy & Contemplation and tagged 2012, Apocolypse, Doomsday, End of the World

“One day you’ll discover that death is not what you might imagine; but then, neither is life. Either may be wondrous, filled with change; or, if you do not awaken, both may turn out to be a considerable disappointment.”
- Dan Millman
from: Way of the Peaceful Warrior: A Book That Changes Lives