IWOW really wowed me!  Inner Worlds, Outer Worlds (IWOW) is hands-down one of the best (and, ironically one of the most thought-provoking) documentaries I have ever seen.    Beautiful imagery, beautiful music, and so rich with meaning.  If you're like me, you will want to watch IWOW over and over.  While watching IWOW, I found myself taking notes, again and again.  So much of what's stated resonates with me on many levels, I really found it to be captivating.  There is evidence within IWOW of the interconnectedness of everything!

Thinking has been what keeps us in the illusion of separateness, within our own identities. Thinking IS the creation of separateness. The experience of limitation. The more we align with thought, the more removed we become from the source.

Prior to the dawn of western civilization and written language science and spirituality were not two separate things. In the teachings of the great ancient traditions, the outer search for knowledge and certainty was balanced by an inner feeling of impermanence and intuitive understanding of the spiral of change. As scientific thinking became more dominant and information multiplied, fragmentation began to occur within our knowledge systems. Increased specialization meant that fewer people were capable of seeing the big picture, of feeling and intuiting the aesthetic of the system as a whole.  No one was asking "is all this thinking good for us?"

The dilemma of modern society is that we seek to understand the world, not in terms of archaic inner consciousness, but by quantifying and qualifying what we perceive to be the external world by using scientific means and thought. Thinking has only led to more thinking and more questions. We seek to know the innermost forces which create the world and guide its course. But we conceive of this essence as outside of ourselves, not as a living thing intrinsic to our own nature. 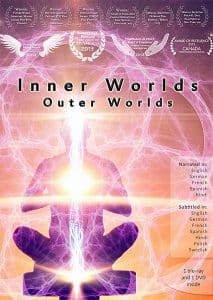 “All generalizations are false, including this one.”
- Mark Twain